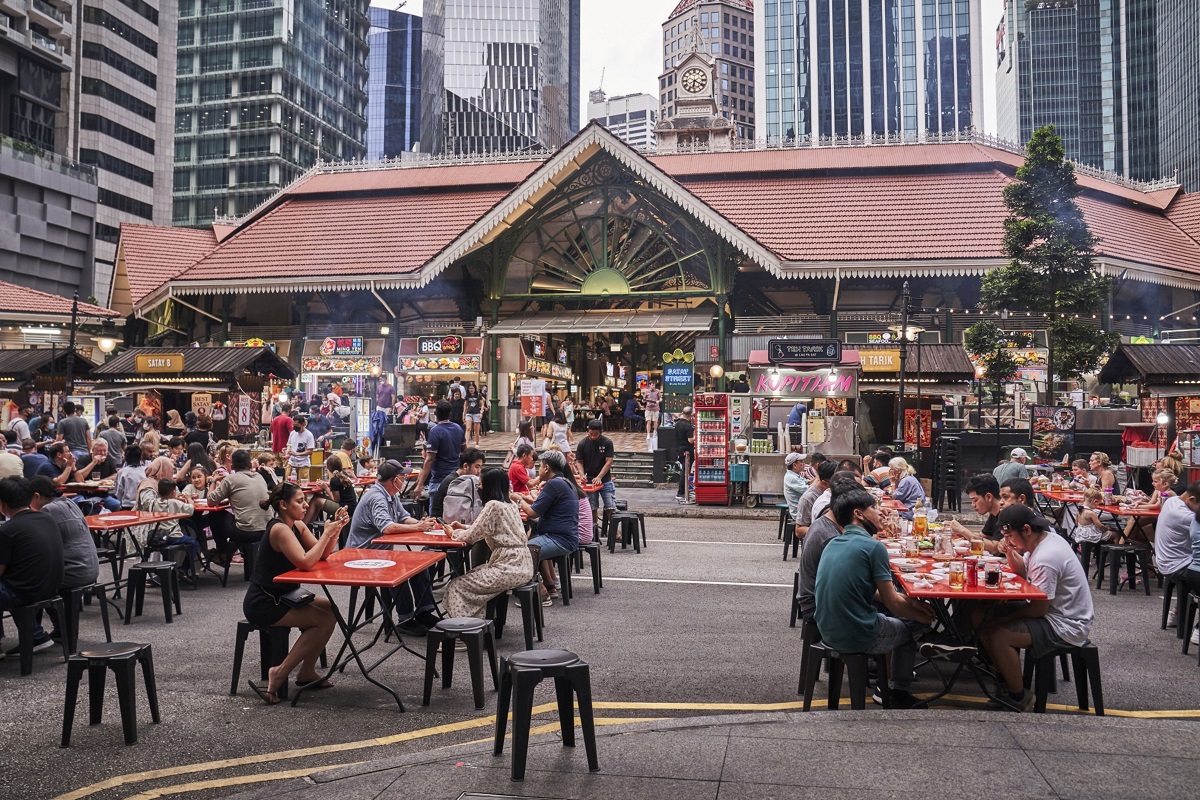 The weekend crowds at Satay Street of Lau Pa Sat in Singapore on July 9. (Photo by Bloomberg) (July 23): Hotel room rates in Singapore jumped last month to their highest level in nearly six years, as tourism recovers in the city-state after the government eased measures against coronaviruses.

The average fare in June was S$238.32 (US$171), the highest since September 2016, according to data from the Singapore Tourism Board. This represents a 63% increase on the previous year, when quarantine rules were still in place.

Singapore in April became one of the first major regional economies to announce it would end all testing for inbound vaccinated travelers as the government continues efforts to live with Covid-19. A revival of major conferences and events has also drawn visitors, and STB data showed a nearly 12-fold increase in arrivals in the first half of 2022 compared to the same period a year ago.

Singapore expects to receive four to six million visitors in 2022, although tourist flows will face headwinds for the rest of the year due to the volatility of the global political and economic environment, as well as of the evolving health situation, the STB said last week.