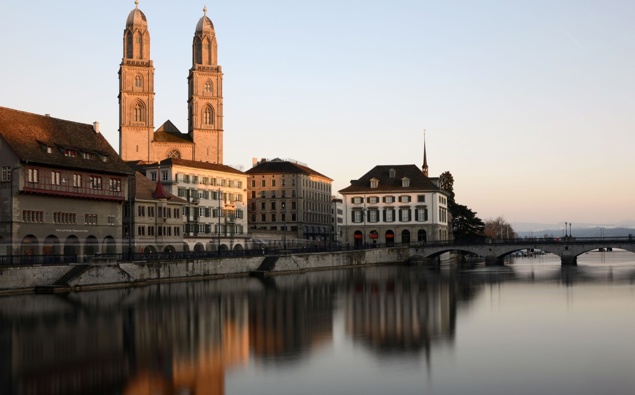 It felt so good to be back in Zurich, Switzerland, one of Europe’s most scenic and sizzling city destinations. Freed from the long shadow of Covid, I had traveled to the Swiss financial capital, to begin a week of frolics across Switzerland and northern Italy with Globus and their new accompanied tour product “Alps out Loud “. Choice Touring by Globus is a recent innovation that offers travelers an exciting new style of travel, promising all the wonders of a perfectly planned tour but with an added level of freedom and flexibility.

Complementing the standard guided sightseeing experiences of the banner attractions, there is the added bonus of YourChoice Excursions, through which you can organize your tour itinerary with Globus, choosing from a range of optional excursions that are more suited to your own interests and passions. Not only does this add a more varied personalized dimension to guided group tours, but the excursions I wanted to take felt more like personalized and intimate small group encounters. It was really fabulous. The biggest challenge was deciding which excursions worked best for me – kind of like trying to choose my favorite flavor of ice cream.

Should I opt for a chocolate, wine or Swiss cheese tour? What about the fashion houses of Milan or the legendary villas of Como? Yes, the wealth of excursion options made some difficult calls on my week-long Globus trip from Zurich to Como. Kicking off in Zurich, it was a no-decision start, as our friendly tour director, Mike Coulstock, took us on an illuminating 90-minute walk through the cobblestones of this centuries-old city, before giving us plenty of time free to shop, eat and self-explore. And there is so much to explore. On a gloomy autumn morning, I was sizing up the largest clock face in Europe, on the banks of the Limmat river. It’s bigger than Big Ben.

Towering above the skyline, the historic tower of St. Peter’s Church is steeped in faithful timekeeping, as are the punctual church bells that ring loudly through the Old Town from the four historic churches, including the mighty Grossmunster Cathedral. No wonder everything runs on time in Switzerland. According to legend, Zurich’s iconic 13th-century cathedral was founded by Charlemagne, built over the tombs of the city’s patron saints, Felix and Regula. It was also the starting point of the Protestant Reformation in Zurich. Culture is everywhere in Zurich and in the old town, the narrow, cobbled streets gave birth to the Dada art movement just over a century ago. I popped into Cabaret Voltaire, at Spiegelgasse 1, which was the birthplace of Dada and the avant-garde art movement in 1916. Absinthe is the drink of choice here, among the ghosts of Dada.

As you stroll along Bahnhofstrasse, flanked by chic designer boutiques and chic department stores, Café Sprungli is worth a pit stop. This popular Zurich institution is rightly hailed for its heavenly macaroons. I don’t mind if I do. Further down the street, if you’re feeling a little decadent, head to Teuscher for its famous champagne truffles. In a city of water and stone bridges, another vantage point, above the winding alleyways of the old town, is the Lindenhof. It was the site of an ancient Roman customs house and a 4th-century fort, perched above the water. As well as enjoying the view of the city, this elevated park with its lime trees and giant chess sets is the perfect spot for a cheeky picnic.

The vast assortment of guild halls are central to Zurich’s history, and they’re great fun to explore. In 1336, the first independent mayor of Zurich, Rudolf Brun, established the guild laws, thus transferring the power of the abbeys to the merchant nobility. The beautiful guild halls, with all their intricate and ornate decorative elements, lend themselves to quiet inspection. I started at the Bakers’ Guild in Oberdorfstrasse, before crossing the east bank of the river to Niederdorf, to admire the guilds of carpenters, builders, food and wine merchants, textile merchants and spices, all along Limmatquai. Then, on Munsterhof, you have the homes of weavers, saddlers, painters and winemakers.

In the German-speaking region of Zurich, the street food tradition, wurst, remains very popular, especially for lunch. In the old town, taste delicious sausages at the Wursteria in Hinz and Kunz. This half-deli butcher serves super spicy bratwurst in a soft bun. So good! As its name suggests, Cafe Conditorei 1842 on Napfgasse is an old-fashioned establishment of sweet treats. On four floors, foodies can enjoy pastries, cakes and hot chocolate – they claim to be the best in Zurich. On the ground floor of this historic confectionery, impressively decorated in a neo-baroque style, you will be hard pressed to find a finer range of pastries, cakes and pies. I could have stayed there all day. And yes – the steaming cup of hot chocolate with whipped cream was gorgeous.

Speaking of chocolate, the Lindt and Sprüngli factory has called Zurich home since 1899. Seven years in the making, Lindt Home of Chocolate was designed to complement the historic building and serve as a beacon for chocolate lovers around the world. From culture to production, the interactive museum does a great job telling the story of Swiss chocolate making, not just from Lindt, but from its predecessors. While the labyrinth of white, milk and dark chocolates is impressive, the chocolate house Lindt also has another record: the largest chocolate fountain in the world. Standing about 30 feet tall, even Willy Wonka would be in awe of this sight.

Zurich certainly emerged as a tale of two cities. Making a splash, Zurich-West, which has undergone a spectacular metamorphosis. This once dilapidated industrial district has become a bustling cultural district of trendy restaurants and cutting-edge art, where factories have been transformed into theaters and shipyards reinvented into art galleries. Viadukt is an exemplary example of the makeover, with a host of restaurants, pop-up shops and art spaces housed inside the arches of the 550-foot-long disused railway viaduct. Here you’ll also find the Prime Tower, a 35-storey skyscraper (the tallest in Switzerland), offering panoramic views of the Zurich skyline, the sparkling lake and the snow-capped peaks beyond. Admire the awe-inspiring scenery over a drink or two at Clouds Bar – and welcome back to Europe.

While in Zurich, my Globus tour also included a short detour to the 150 meter wide Rhine Falls, a prodigious cascading body of water that is the largest waterfall in Europe. If you’ve been to Niagara, Iguazu or Victoria Falls, the Rhine aqueducts might seem like a trickle to you compared to those gigantic fire hydrants – but they still put on a wonderful sight. Located about 45 minutes from Zurich in Schaffhausen, the Rhine Falls are around 15,000 years old, shaped by the tectonic changes of the last Ice Age. An array of architectural confections and daring vantage points have been built around the falls, including castles. They all compete for the best views over the crashing falls, crashing into the limestone terraces.

Schloss Laufen overlooks the roaring waters, dating back to 858 AD. Adorning this time-worn castle, a panoramic glass elevator has been installed to pull you up for the supreme view. Another observation deck is located in the heart of the mighty stream. Right in the middle of the falls, a mighty rock fang, Mittelfelsen, has been outfitted with a spectacular viewing platform, accessible by taking a quick boat trip down the river, before climbing 100 steps to the perch of ‘observation. Enter among them!

Fly to Zurich with Singapore Airlines, which has proudly connected New Zealand to the world for over 45 years via its award-winning hub, Changi Airport. Operating daily services from Christchurch and Auckland, Singapore Airlines’ famous in-flight catering service, KrisWorld entertainment system, in-flight Wi-Fi and meticulous service are all part of the package. For the best fares and suitable seats, go to https://www.singaporeair.com

Take a look at the attractions of Labis | The star